Seasons of the Witch is Here

What scares U the most about WITCH?

1. I wonder if & if you disguise yourself as one of my friend then U propose me. To make things worse,
U charmed me & I fell in love with U without conscious!
Hoooo.. (inhale) My husband is a witch?
ngeh! ngeh! ngeh! gggrrrrr!!!
﻿
﻿ ﻿﻿
2. I scared if while U're chanting your magical words in
casting spell, U misspell-call my name. Abracadabra! !
Then I turn into a gold & U sold me to
Uncle Wah Chan for $$. Cissss..How dare U!!
To all witches,
don't come to me or disturb my family/friends,
as i'm more witch than u. hohoho!!!!!!

In the supernatural thriller Season of the Witch, Nicolas Cage stars as a 14th century Crusader who returns with his comrade (Ron Perlman) to a homeland devastated by the Black Plague. A beleaguered church, deeming sorcery the culprit of the plague, commands the two knights to transport an accused witch (Claire Foy) to a remote abbey, where monks will perform a ritual in hopes of ending the pestilence. A priest (Stephen Campbell Moore), a grieving knight (Ulrich Thomsen), an itinerant swindler (Stephen Graham) and a headstrong youth who can only dream of becoming a knight (Robert Sheehan) join a mission troubled by mythically hostile wilderness and fierce contention over the fate of the girl. When the embattled party arrives at the abbey, a horrific discovery jeopardizes the knight’s pledge to ensure the girl fair treatment, and pits them against an inexplicably powerful and destrustive force.

Email ThisBlogThis!Share to TwitterShare to FacebookShare to Pinterest
Labels: life

logorithm,
of course NO. hihihi!
dun be sad. u r not alone:)

No lah I'm not sad. Just wanna congratulate you if you happened to be among the lucky ones... coz I like your entry. ;-)

And We shall turn unto the work they did and make it scattered motes..

Most pople wait for opportunity to knock on their door, but what we often do not realise is that opportunity is constantly knocking. Every situation that we encounter, person we meet, news or gossip heard is an opportunity -copy majalah

Wall of Fame in blog-tips-kurus

My Heart Melted When You Clicked This.. 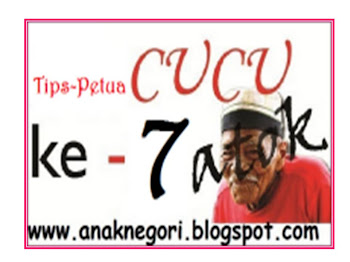